The 2018 Bordeaux growing season saw more than its fair share of challenges. Adverse weather conditions and disease have all played their role, but many producers have risen—with glory—to the challenge.

A lot has been said about the big wet through the first half of Bordeaux’s 2018 growing season. Every château has attacked the challenge with different perspectives and, as a consequence, the narrative is different across Bordeaux. While mildew is the main topic, hailstorms in May and June played havoc in the vineyards. Some estates suffered severe or total crop losses. For instance, Château La Lagune (Médoc) and Château Guiraud (Sauternes) were not able to make any wine, but this was more related to hail than mildew. Others, like Château Palmer (Margaux), suffered heavy damage. They saved some of the crop, but yields were severely depleted. Château Climens (Sauternes Barsac) suffered badly in 2018 after being wiped out in the 2017 vintage from frost. It must be heartbreaking for these estates to be experiencing time out while their neighbours enjoy what turned out to be a great season. Such is the indiscriminate pathway of hail.

Mildew appeared during the early stages of the growing season and impacted everyone. All producers worked hard to minimise disease pressure, with some vineyards escaping the blight lightly. Others—particularly producers strictly adhering to biodynamic practices— were brutally impacted, with 2/3rds of the crop lost.

Downy mildew prefers young, moist growth and, as a consequence, it begins at the tips of vine growth. It can be identified by the presence of yellow-green lesions on the upper-side of the leaves. They eventually turn brown and white sporulations develop on their underside. The most intensely infected leaves will eventually become brittle, curl up and die. The fungus can infect grape clusters in early bloom and causes a white downy growth on the fruit. It should also be noted that downy mildew does not impact the taste of the wine, unlike the more unpleasant powdery mildew.

Regular spraying with the increasingly maligned copper-based Bordeaux mixture can fend off disease pressure. Natural synthetic sprays are beginning to replace this practice, but many viticulturalists believe that regular hedging and hand plucking of infected growth can keep mildew under control. At Château Cheval blanc, only two passes through the vineyard were made, whereas in other vineyards, spraying took place up to 20 times! At Château Léoville Barton in the Médoc, the vineyards were managed daily by a dedicated team. When one considers the limitations of a 35 hour working week (where do we sign up?), there are many instances of vineyard teams working every day to fight disease pressure—and succeeding. From a consumer point of view, the talk about mildew could suggest that the vintage was disastrous, but the warm, dry, occasionally drought-like conditions of summer totally changed the outcome of the vintage. Everything dried out and growing patterns returned to normal. Some châteaux produced an average crop, but many experienced massively lower yields, from 35-54 hectolitres per hectare to as little as 11-15 hectolitres per hectare.

For the most part, the berries ended up being very small, highly concentrated, incredibly flavourful and comprising high tannin levels and marked acidity. The outcome of the vintage consistently adheres to the experience and outlook of each producer. Many châteaux use exterior consultants, including Michel Rolland, Stéphane Derenoncourt, and the late Denis Dubordieu (whose work is continued by academics and oenologists Valérie Lavigne and Christophe Ollivier).

With most wines now released, it is clear that this is a great vintage. There are, however, winners and losers. Down the track, few will remember the less palatable details—only the great, long-lived wines. But it is interesting to see how each château deals with the problems encountered this vintage, because the attention to detail correlates significantly with the final result.

‘From a pure quality perspective some of the greatest wines in living memory have been made.’

Another issue that caused some grief was coulure, in which the flowers are not properly fertilised and have a tendency to drop off their clusters. This leads to shot berries and loose clusters. Although coulure reduces yields, there is a benefit, as air circulation around the clusters can reduce disease pressure—a factor that probably helped many producers. Low yields and highly-concentrated berries have led to wines of unusually deep colour, substantial tannins and flavours. The overall quality is dependent on how the châteaux picked the fruit and vinified the wine. Thus, aside from being a miracle year, it is also a paradox. From an accountant's point of view, it is a train wreck for some producers. But from a pure quality perspective, some of the greatest wines in living memory have been made. The Langton's team with Alfred Tesseron

The movement towards organic and biodynamic viticulture has been a reaction to the overuse of chemicals and sprays in vineyards, particularly after World War II. Returning the soil to health has been a huge priority for many producers, but the strength of conviction is highly dependent on each estate. Mildew, and the force of its destruction during the big spring wet, was keenly felt by those who believe strongly in adhering to the letter of biodynamic philosophy.

‘...his stoicism and strength of belief is impressive and moving. When I tasted his 2018, I could almost feel the voice of the season and the sincerity of his convictions.’

Alfred Tesseron at Château Pontet Canet was massively affected, but he has completely stuck to his guns, believing that the health and vitality of the vineyards are a priority. It is distressing to see the extent of his crop losses—easily perceived by the absence of barrels, usually chock-a-block in the cellars. But his stoicism and strength of belief is impressive and moving. When I tasted his 2018, I could almost feel the voice of the season and the sincerity of his convictions. It is an amazingly authentic wine, despite the challenges of its production.

The 2018 growing season began as the Big Wet. It ended as the Big Dry. The wines are as dramatic as the growing season, but they will last longer than memories of the weather, This is a great vintage to follow as the wines are built for the medium to long term. I will be fascinated to see how they develop. On track record, they won’t disappoint. 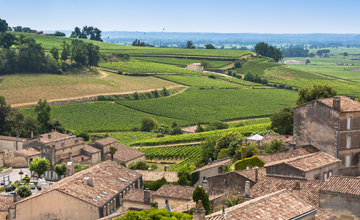 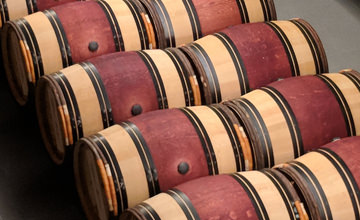 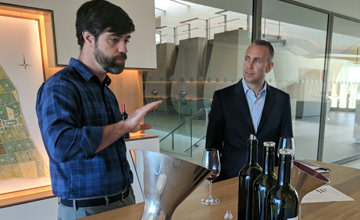