Vanya Cullen has been Chief Winemaker at Cullen Wines since 1989. This year marks her 30th at the helm of the venerable Margaret River winery, a role that–as she turns 60—she has held for half of her life. The time seems ripe, then, for Cullen’s latest accolade– Winemaker of the Year at the Halliday Wine Companion Awards 2020.

‘It’s an acknowledgement of 30 years of sustainable, quality winegrowing from the team at Cullen, and that’s deeply pleasing.’

‘I’m humbled and honoured.’ says Vanya of the award. ‘It’s an acknowledgement of 30 years of sustainable, quality winegrowing from the team at Cullen, and that’s deeply pleasing.’ Cullen’s parents, and the founders of Cullen Wines, Dr. Kevin and Diana Cullen, were the original wine pioneers of Wilyabrup. In the 1970s, the pair were among the earliest to trial the soils of Margaret River, their successes with Cabernet, Riesling, and Gewürztraminer marking the region as one of Australia’s richest.

Blazing a trail, it turns out, runs in the family, and Vanya’s resolute focus on sustainability has marked her as a pioneer in her own right (this year’s Halliday accolade is a sonorous echo of several such past awards, including the 2000 Gourmet Traveller WINE Winemaker of the Year gong).

‘It’s been a long journey of financial and emotional commitment to quality wine made sustainably,’ says Vanya, who oversaw the Cullen vineyard’s biodynamic certification over a decade ago. The footprint of Cullen Wines is famously light. ‘We’re carbon neutral– recently carbon negative. Naturally powered, vegan, and the purest wines I know of. No additions of yeast or acid, low everything.’

‘The wines are elegant and pure expressions of place.’

This gentle touch winemaking gives real, visceral life to the Cullen oeuvre, be it the sophisticated seduction of flagship Diana Madeline (arguably Australia’s leading Cabernet blend), the graceful complexity of the Kevin John Chardonnay, or the effervescent, earthy swagger of the new Rose Moon Pet Nat. ‘The wines are elegant and pure expressions of place,’ Vanya says.

While the term ‘minimal intervention’ may have the trappings of a buzzword in modern winemaking parlance, it’s the very essence of what makes Cullen Wines so haunting and evocative of the Margaret River soils in which they grow. In a way, Vanya sees her job as a caretaker of the land she has found herself on– the wines themselves, in a way, are simply the kicker.

‘We’re connecting and working with nature in a pure way to enliven the land,’ she says. ‘The vine roots grow in an enlivened microbiological space, creating healthy-souled vines and grapes which make balanced wines with no additions, and thus no need to correct for imbalances.’

Vanya is thrilled to see the attitude of the wider industry evolve, too. ‘Australia, and in particular Margaret River, has hit the tipping point where a lot of producers are going organic or biodynamic. It’s great!’

For now, in light of her big Halliday win and a year of milestones, it’s time for Vanya to reflect on her years working the land at Wilyabrup to create such remarkable wines and memories.

‘It’s a 30 year love story– a love of the earth, nature, great wine, family, friends, colleagues, and a life for which I feel blessed.’

What wines do you always return to?
Cullen Wines Kevin John, Diana Madeline, and Vanya.

Who and what inspires you as a winemaker?
Anne-Claude Leflaive [Burgundian vintner and sustainability pioneer] was a huge inspiration and still is. Also Aubert de Villaine [Domaine de la Romanée-Conti]. James Halliday. Dr. John Gladstones. The Horgan family of Leeuwin Estate. Jeff Grosset. Great wine made sustainably with the land honoured.

What can we expect from the Cullen Wines journey in the next year, five years, and ten years?
Playing Mozart to the vines, and making even greater wines of place, sustainably. The Holy Grail keeps on going and has no end– only great moments in time.

Who is James Halliday? 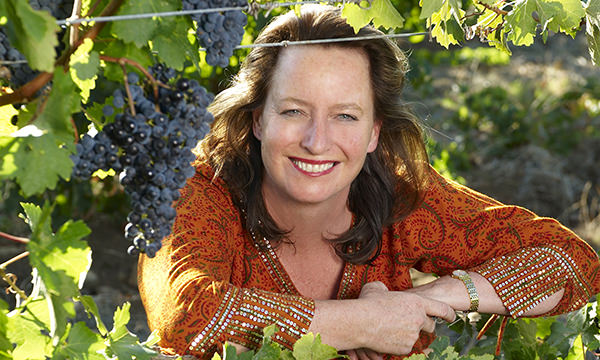